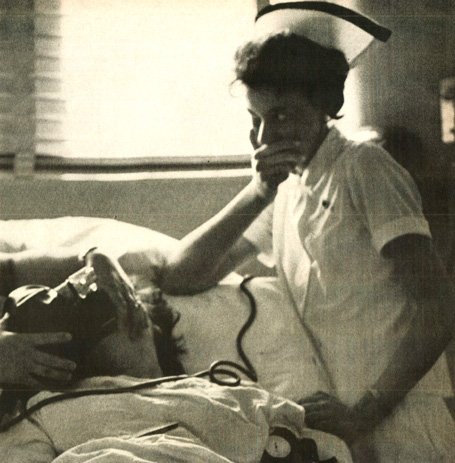 Getting Sick In The Sixties – Healthcare In America – 1968

So in the 1960’s, even with Medicare, which was signed into law in 1965, there was still a broken system and a system desperately in need of repair. You’d think after almost fifty years something would have happened to fix it. Americans priding themselves on the notion that, when things are broken, we are resourceful enough to get them fixed – but this is a deal breaker, it seems.

In 1968, as part of its Monthly radio documentary series Second Sunday, NBC Radio explored the subject of Medical Care in America and came up with a lot of very familiar situations. Further evidence some things don’t change, or refuse to.

Here is that Second Sunday episode, first broadcast on August 11, 1968.

Listen to it and feel eerie. They don’t call it Deja-vu for nothin’.