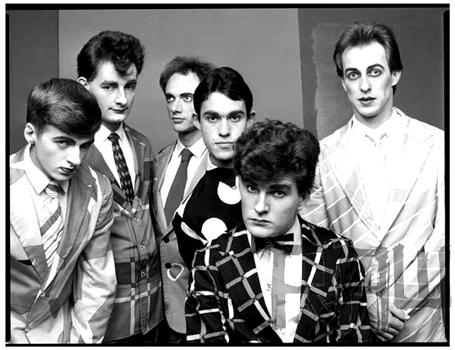 One of my favorite, and probably most underrated bands of the 70’s and early 80’s. Split Enz were amazing to see live.I remember their first tour of the U.S., promoting the release of “Mental Notes” (which was called “Second Thoughts” in New Zealand and Australia). They played a sold out set of dates at The Roxy in Hollywood and the audience were baffled. Enthusiastic, but baffled. Mostly because of their outrageous stage outfits. As outrageous as they looked, they were a breath of fresh air, and they were a cut well above many of the bands gaining notoriety at that time.

Why they hovered at the fringes of great success is a mystery. They released a number of memorable albums, from which quite a number of modest hits came. But none of them became the massive hit that would put them over the top. And that was a shame.

Eventually the band would split up, with Tim Finn, one of the founding members, establishing Crowded House, who have gone to achieve great success. But still, there will always be something unique about Split Enz, and certainly worth another look, or a discovery if you haven’t already.

This weekend it’s a concert from the 1980 Pinkpop Festival in Holland, right about the time True Colors came out, which became their most commercially successful release.

Maybe you missed them the first time around – there’s always a second chance.