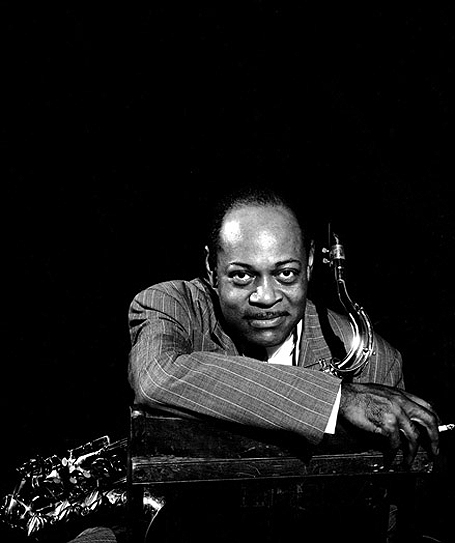 Coleman Hawkins - One of the timeless legends of Jazz.

Coleman Hawkins – One of the timeless legends of Jazz.

Something special and rather rare. A concert, recorded by Bavarian Radio in Munich on January 19, 1950, featuring the Coleman Hawkins All-Stars featuring James Moody, Kenny Clarke, Nat Peck and Pierre Michelot. Truly an all-star lineup. A little over an hour, it’s almost non-stop and the sound is unbelievable for sixty-two years ago.

A couple of caveats – because of the age, there are some places where the tape drops out. I suspect it was either a case of running out of tape, or the tape was just brittle and didn’t survive (that happens). So there are some places, particularly during Allen’s Alley (the first number) where the track isn’t complete. Also the last number, The Squirrel, fades out before the end, most likely for the same reason as the first number. But in between are some astounding solos and the work of Coleman Hawkins is worth the price of admission alone.

Here’s a rundown of what’s on the player:

Since we’re heading into the July 4th holiday, what better excuse to showcase America’s art form than Coleman Hawkins, right? And his French sidemen are no slouches either. All in all, a completely memorable concert, with an appropriately ecstatic German audience.