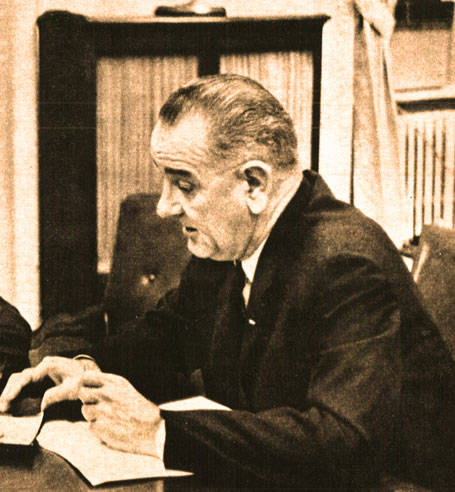 LBJ - Continuing the legacy of JFK.

LBJ – Continuing the legacy of JFK.

And lest we all forget – this day, forty-eight years ago, was a significant turn in American history when President Johnson signed into law the Civil Rights Act of 1964.

Hard fought and bitterly opposed by Southern Democrats, it was the one piece of legislation JFK had hoped would be passed during his administration. However, fate having other plans, the responsibility lay on the shoulders of Lyndon Johnson and the bill was finally signed into law.

Here is President Johnson’s address on the occasion of signing the Civil Rights Act of 1964, as broadcast live on July 2, 1964.