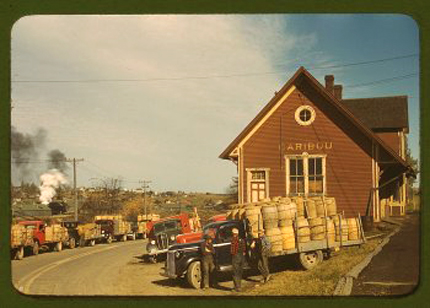 Since we’re rolling into the Fourth of July shortly, I thought I’d toss on some mid-century Americana tonight, by way of the State Department Transcription Service.

Douglas Moore, who is probably best known for “The Devil and Daniel Webster” is one of those quintessentially American composers whose subject matter and inspiration came largely from American mythology and iconic American imagery.

This weekend it’s a performance (possibly a first performance) of his Farm Journal, as performed on this broadcast recording by the CBS Symphony conducted by Alredo Antonini. Since there is no actual date of performance on the discs, I am venturing to guess it’s 1945 and the recording may have come from the Invitation To Music series on CBS Radio.

In any event, it’s a rare recording of an equally rare performance and work.