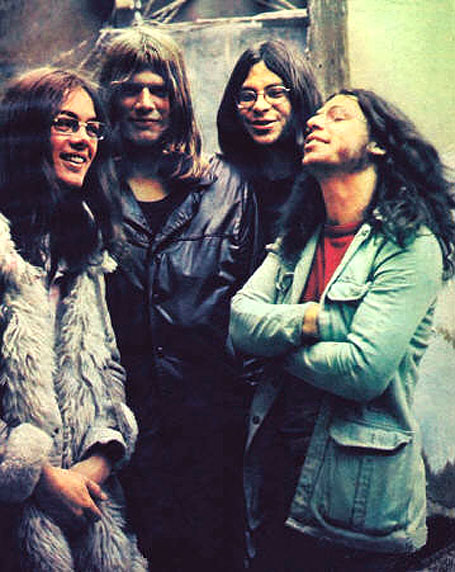 Supersister - One of those bands nobody heard about, but everybody knew about.

Nights At The Roundtable – Supersister – 1971

Supersister – One of those bands nobody heard about, but everybody knew about.

Supersister were a Dutch band who were hugely influential during the formative years of the Progressive Rock Movement. Although not a commercial success in the U.S. (only one album was released here), Supersister were very big in Europe and quite successful in the UK and just about everywhere else. A band who took their musical cue more from Frank Zappa than from their native Dutch Rock, they managed to successfully bridge that element of extended improvisation and electronic navel-gazing with tightly structured musical form. The end result was a musical journey that resulted in five memorable albums and a following that included casual listeners and musicians alike.

Tonight it’s A Girl Named You, off their second album “To The Highest Bidder”, released in 1971.

If you’ve never heard them before, here’s a great chance to check them out. Luckily, all their albums are available as well as video of their last official appearance in 2000, as part of a brief reunion tour.