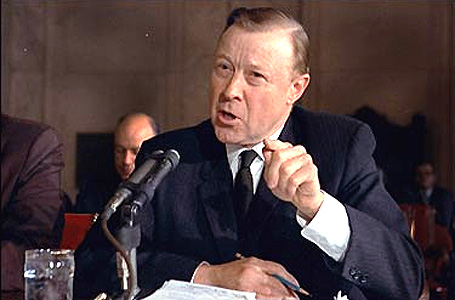 Walter Reuther - Railing against the notion that, every time the words Affordable Health Care come up, the word Socialism gets tossed in.

Walter Reuther Vs. The AMA – Debating Health Care in 1961

Walter Reuther – Railing against the notion that, every time the words Affordable Health Care come up, the word Socialism gets tossed in.

As part of an ongoing reminder that the Affordable Health Care debate has been with us for decades, here is a debate that took place in 1961, between former UAW President Walter Reuther and American Medical Association representative Dr. Edward R. Annis. The debate centered around the Kerr-Mills Bill to provide affordable Medical Care for the Aged via Social Security. It was a predecessor to Medicare and, when it was introduced in 1960, it was opposed by the AMA saying it was another step in the direction of Socialized Medicine. The debate that ensued was lively and pretty hot for the time. In fact, it was extended over two episodes. It was moderated by veteran newscaster Howard K. Smith.

Here is the second hour of that debate as it aired on February 23, 1961, as part of CBS News’ Face The Nation Debates series.There is a recap of the first hour, so not much is lost as far as the argument is concerned.

But further historic evidence that the argument for some solution to what is, fifty-one years later, still a broken system, is neither a new nor novel one.