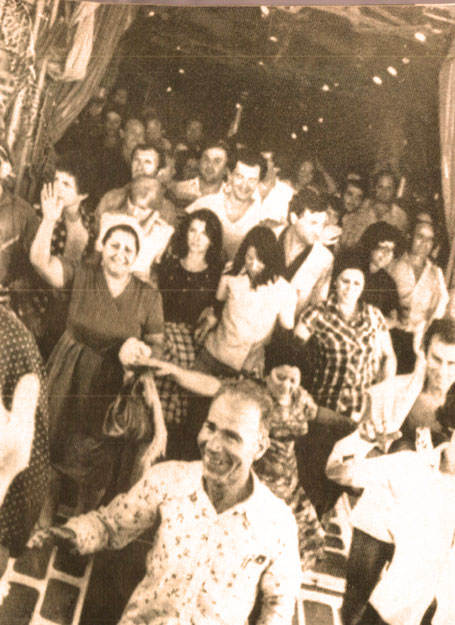 Rescued hostages arriving in Tel-Aviv. A big sigh of relief.

Rescued hostages arriving in Tel-Aviv. A big sigh of relief.

A very busy news day, this July 6, 1976. Starting with news of the daring Israeli raid on Entebbe Airport in Uganda overnight, where Palestinian terrorists were holding 100 Israelis, bound for Paris, in a hostage exchange demand. All hostages arrived at Tel-Aviv safe and Ugandan dictator Idi Amin was more than a little embarrassed.

In other news, a Libyan Airliner, also hijacked, landed on the island of Mallorca where the hijacker, armed with two toy guns, surrendered and was taken into custody. Seems the perpetrator was opposed to the Gaddafi regime in Libya and wanted everyone to know about it.

Meanwhile, in light of the Entebee raid, Israel was taking steps to impose sanctions on airlines flying to and from Israel that failed to take standard security precautions. Air France said it would suspend all flights to Israel that stopped-over in Athens, since that was where the heavily armed hijackers were reported to have boarded.

The four day Summit of African Unity concluded on a note of disunity with lots of squabbling and accusations going around.

On the domestic front – Presidential candidate Jimmy Carter met with members of the Annual Democratic Governors Conference in Philadelphia as well as having an interview with potential running-mate Senator Walter Mondale of Minnesota. The day before he met for several hours with Edmund Muskie. Speculation was rife and the list was acknowledged as getting shorter.

The Royal Yacht Britannia was scheduled to dock in Philadelphia later on this day, with Queen Elizabeth and Prince Phillip starting on the first leg of their Bicentennial Tour. Philadelphia was scrambling to get the place cleaned up, as a sanitation workers slowdown left the city in a shambles, particularly after the 4th of July celebrations two days earlier.

And the Supreme Court was ending up its term with rulings on Police searches and what was and wasn’t constitutional. The outcome promised to be interesting.

And so was the rest of this July 6th in 1976 as reported by CBS News via Frontline Reports with Marvin Kalb and The CBS World News Roundup.