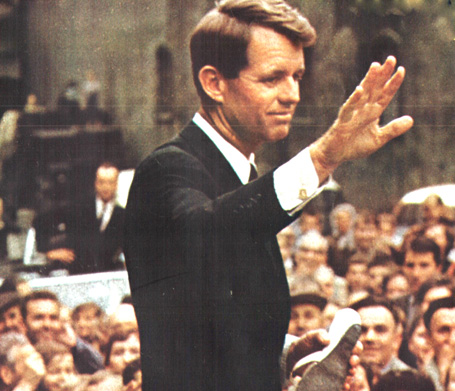 RFK - A summer vacation gig with the government seemed like a good idea.

RFK – A summer gig with the government had lots of potential.

On July 7, 1964, Attorney General Robert Kennedy addressed some 5,000 College students gathered in Washington for a Summer Jobs Seminar. He promoted the idea that, getting involved with the government and experiencing its inner workings in a hands-on environment was a great opportunity to serve, and that it could lead to a career in Civil Service.

After a brief Address, RFK took questions from the audience. As always, out of the mouths of students come interesting questions.

So here is that Address and subsequent Q&A from July 7. 1964 – as broadcast over ABC Radio.