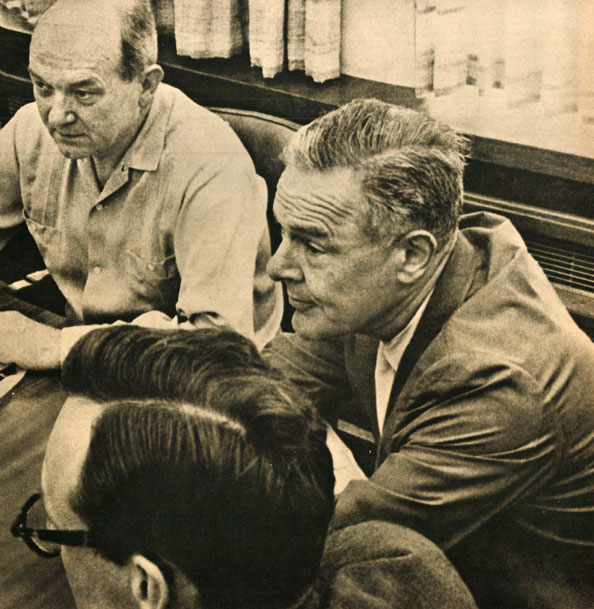 Dean Rusk (with Ambassador to South Vietnam Henry Cabot Lodge). The mummies lurking in the closet.

Dean Rusk (with Ambassador to South Vietnam Henry Cabot Lodge). The mummies lurking in the closet.

In 1962 Vietnam was hardly on the map as far as our Next Big Excursion was concerned. It was still largely a matter between the South Vietnamese and “rebel forces”, and we were assured the South Vietnamese had a handle on it, just as long as we supplied arms and “advisers” to keep things in check. Our concern was still in Berlin and with The Soviet Union and how our Foreign Policy was holding up in a Cold War atmosphere.

Here is an interview, via the ABC News program Issues and Answers featuring Secretary of State Dean Rusk, from July 8, 1962. Months before the Cuban Missile Crisis, two years before the infamous Gulf of Tonkin and a little less than a year before JFK went to Berlin.