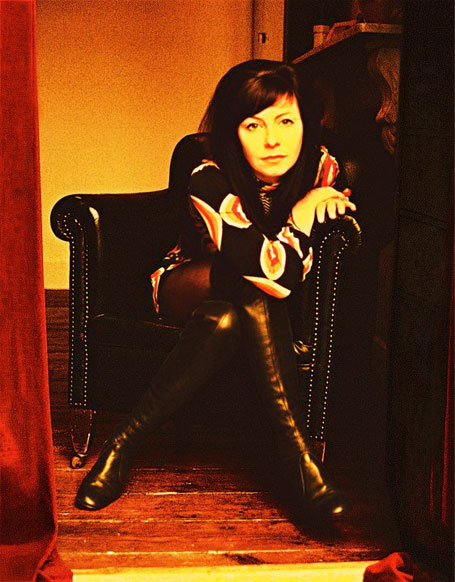 Fabienne Delsol - A heady concoction of Indie and Retro, with a dose of Yè-Yè on the side.

Fabienne Delsol – 2007 – Nights At The Roundtable

Fabienne Delsol – A heady concoction of Indie and Retro, with a dose of Yè-Yè on the side.

I first heard Fabienne Delsol via MySpace in 2007, and was immediately taken by the haunting quality of her voice. Coupled with a distinctly Retro feel (all the way down to mixing in Mono). I didn’t think I was necessarily listening to something that was a “lifesize replica” of a 60’s French singer, but rather a new take on an interesting genre.

Fabienne Delsol is a French singer who relocated to London in 1996 and established a career in Indie circles as a versatile and engaging artist. She sings primarily in English, has three albums out, a slew of singles, and has been gathering a very good word of mouth and some notoriety since then. One of her more recent efforts has been making the rounds as music for a Prius Commercial (hey, don’t knock it – it’s income).

Tonight it’s the b-side of a single that was only issued as a 45 in 2007. And I Have Learnt To Dream is something of an undiscovered gem. I certainly hope it’s been reissued and available along with the rest of her material, it can do well with the exposure.