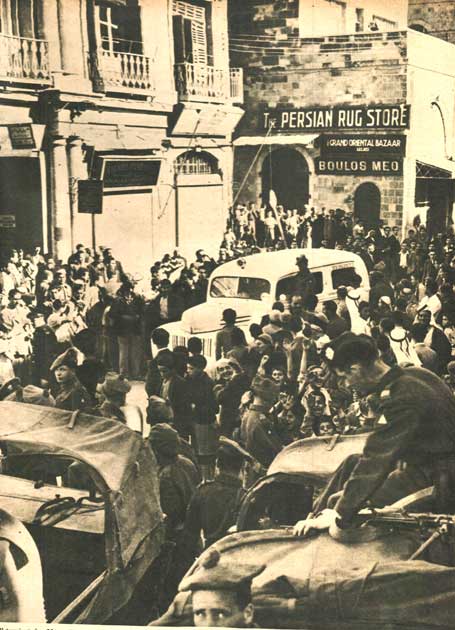 And not the least of all, the Middle East. Particularly Palestine.

And not the least of all, the Middle East. Particularly Palestine.

Further evidence the world has always wanted distraction when faced with an overload of uncertainty. This newscast from July 10, 1948 takes a look at what was going on in Britain with relation to the rest of the world. And judging from the reports, Britons were much more interested in Cricket scores than the latest Cold War saber rattling.

And probably for good reason – there was a lot of turmoil and upheaval going on in the world, this particular day. The divide between East and West was getting wider, the antagonism getting more pronounced. East Berlin was becoming the potential flashpoint with steps being taken to overcome a Soviet blockade of food and relief shipments. The Marshall Plan was viewed by the Soviets as a propaganda tool in order to enlist European nations in a “Western Union”, and it was a question of which diplomatic fires to put out first.

And then there was the question of Palestine and the Middle East in General. The recent declaration of Israel as an Independent state and the looming conflict, putting Britain somewhere in the middle didn’t rest easy with the average Londoner on the street.

All in all, an uneasy day in 1948. But it came and went and strangely, the world did not end. Report From Overseas, from CBS Radio as broadcast on July 10, 1948.