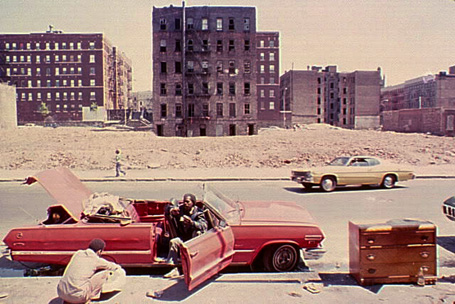 Cities in default was an issue in the 70's too.

Cities in default was an issue in the 70’s too.

With the latest reports of several towns in California filing for bankruptcy, and the growing problem of cities in default nationwide, I was reminded of the last time such a wave occurred. The 1970’s were a particularly harrowing period for the American city. Most famously was the economic crisis that faced New York City. But there were others, maybe not as headline-grabbing, but still as, if not more, dire. Cleveland was one, Denver was another. San Francisco – and the list went on.

Here is a documentary, produced as part of National Public Radio’s Options series, from September 30, 1975. It’s an attempt to cover what was a growing problem at the time. One which, by all accounts, appears to have come back to haunt, as most things that get swept under the carpet and ignored for a while so often do.

I guess you could call it the “band-aid over the severed limb” analogy.

We never really got around to fixing the problem. And we probably won’t this time either.