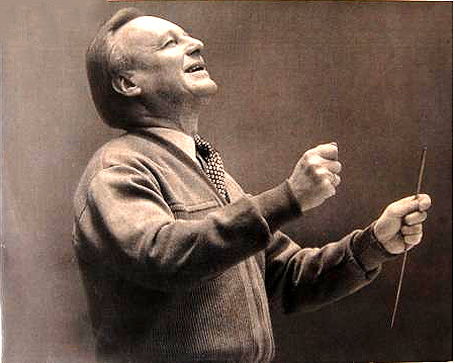 Andrè Cluytens - One of the giants of French music.

Andrè Cluytens – At The 1949 Besancon Festival – Past Daily Weekend Gramophone

Andrè Cluytens – One of the giants of French music.

Schmitt has slipped a bit in popularity over the years – his works aren’t played all that much in concert halls. But at the time of this recording (from the venerable and formidable pile of French Radio Transcriptions), he was one of the leading lights in early 20th Century French music, who was able to add (early on) Igor Stravinsky as an admirer and supporter.

Andrè Cluytens is still regarded as one of the truly great conductors of the 20th Century. And if anything, his reputation has only gotten stronger over the years. He was closely associated with the Paris Conservatory for most of his career, and over the years the treasure trove of his live concert recordings have surfaced commercially, much to the gratitude of a whole society of collectors. But a lot still haven’t, and I think we can count this particular performance among that many that haven’t been reissued.