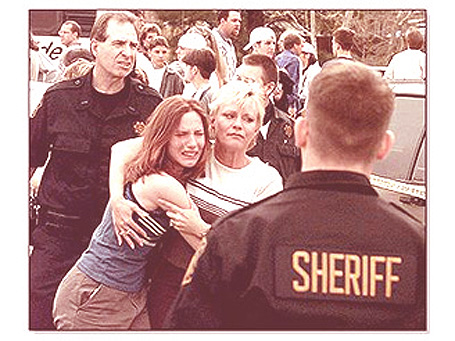 America: The Vision And The Violence – 1969 – Past Daily Reference Room

With the news beginning this morning, and the updated reports concerning the shootings at a movie theater in Aurora Colorado throughout the day, I’m reminded of how all-too-familiar this seems. How it has repeated over and over throughout the years. How violence, senseless acts of carnage, seem to be almost part of our National consciousness; imprinted in our DNA. The causes are probably as many and varied as there are personalities in any given neighborhood. But the end result is the same; innocent death, questionable motives and a trail of physical and emotional wreckage to last complete lifetimes.

Here, from a 1969 radio documentary, part of the NBC Radio Second Sunday series is an earlier look at the violence that has torn through America, that has left other physical and emotional wreckage behind it. And how it, even some 40+ years later, appears to have not changed one bit.