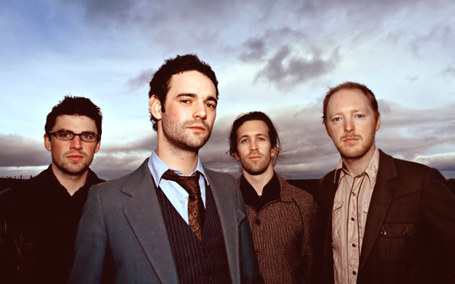 The Futureheads - going from strength to strength.

The Futureheads In Session -2010 – Nights At The Roundtable

The Futureheads – going from strength to strength.

Click on the Link and play loud: The Futureheads In Session 2010

I first discovered The Futureheads on Myspace around the time their second album had come out. They were gathering a good word of mouth and gigging pretty consistently. That was 8 years ago and a lot has happened in that time. A string of successful singles and four albums to their credit, The Futureheads have become one of England’s most popular post-Punk bands and all the work and slogging have paid off.

Since we’re heading to the end of the week, I thought it might good to increase the voltage a bit. If you aren’t familiar with this band, now’s a great opportunity to get acquainted. I suspect they’ll be touring around the States soon.