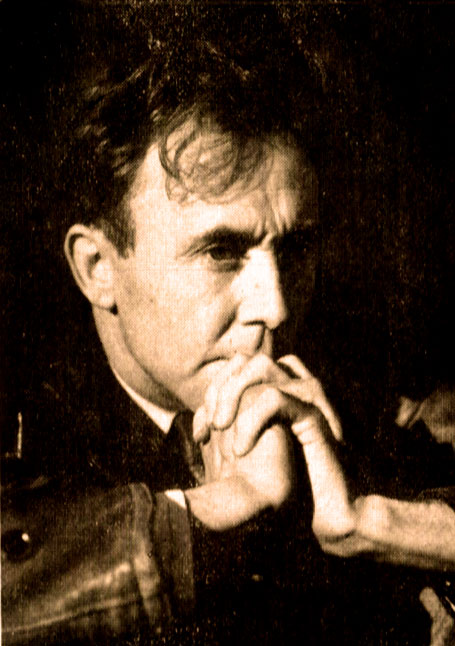 Roy Harris - in the 1930's considered Radical with Gregorian leanings.

Roy Harris – in the 1930’s considered Radical with Gregorian leanings.

I posted both of these pieces a few years ago via my now-defunct Newstalgia site. Since I have realize there is a whole new audience here, I have decided to run these pieces again. They are works by a major American composer who has fallen slightly into obscurity over the years (his works aren’t performed much in the concert hall), but who demands a place among the very best the 20th Century had to offer in American Classical Music.

These are two works which, as far as I have been able to research, have never been available commercially, nor have I seen them recorded by anyone else in any other form. Their origin is a little vague, because they were issued on a radio Transcription disc for The State Department for use overseas, as a sort of promotion of Americana. From what I have been able to sort out – they were recorded by the short-lived American Broadcasting Co. Symphony Orchestra in around 1946, or late 1945. ABC Radio didn’t come into existence until 1945, being initially part of the larger NBC Radio conglomerate and known as “The Blue Network”.

At any rate, I don’t have information as to which program this came from, what the date is and no other information other than the first cut is Fantasy and the second cut is Folk Rhythms Of Today. Both pieces are conducted by the composer and both are works that could vastly benefit from new recordings, new performances and a new life with a new audience.

But for now, here are two neglected classics from the vast catalog of American music by one of America’s foremost composers of the 20th Century.