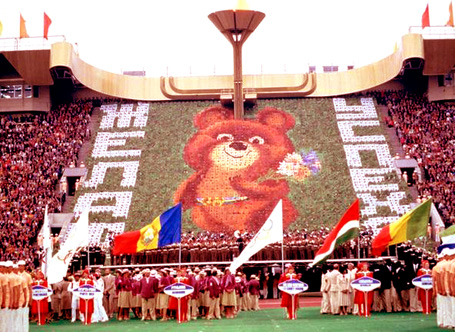 In what has always been deemed a slippery slope to which the innocent bystanders become victims, mixing Sports and Politics has invariably been met with far less than satisfactory results.

The Olympic Games of 1980, held in Moscow, were a huge case in point. In retaliation for Russia’s invasion of Afghanistan, the U.S. decided the best way to lodge a protest over a political action, was to take it out on the athletes and to prevent America from participating in the games. The move was almost immediately met with outrage and shock from the athletes themselves, who felt they were the innocent victims of a political power play they had nothing to do with. The Olympics, it was felt by many, were considered a safe-haven from the political whims of the rest of the world, and that this move had far more damaging implications than one Superpower sending a message of protest to another Superpower. Athletes who devoted their entire lives in training were denied the chance to do what they worked so hard in achieving.

And the affects were far reaching for a number of years. As the result of this damaging action, The Soviet Union boycotted the following games in 1984 in Los Angeles as retaliation for 1980. The result has been an entire series of “what if’s” and “might’ve been’s” and a lot of ruined dreams.

But in 1980 the Moscow Summer Olympics received very little in the way of news coverage here. So as a reminder, or as a chance to hear for the first time, here are Highlights of the games from July 27, 1980 as broadcast by Radio Moscow’s North American service.