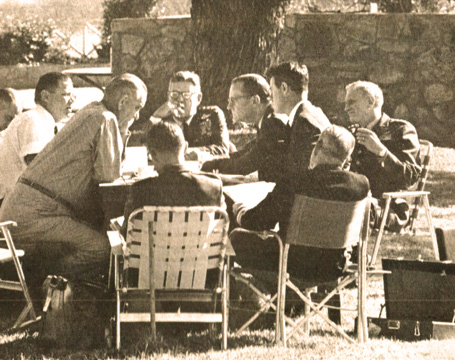 Mulling over the Defense Budget at the LBJ Ranch.

Mulling over the Defense Budget at the LBJ Ranch.

With our involvement in Vietnam amping up by the day in 1965, concerns over just how much this excursion into the abyss was going to cost began to surface.

When President Johnson announced the Military budget ceiling to fight the war in Vietnam was to be $100 Billion dollars, questions arose as to whether this was enough, too much – just what was this buying?

Here is an interview from Meet The Press with Stennis, broadcast on August 1, 1965.

Another piece of the puzzle.