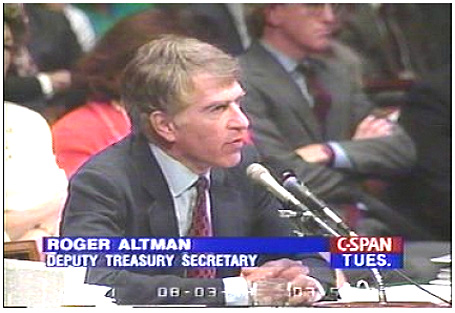 Turning 48 And Making The Case For Universal Healthcare – August 3, 1994

Click on the link here for audio player: News for August 3, 1994

News for this August 3rd in 1994 began with word of an overnight derailment of Amtrak’s Lakeshore Limited, bound for Chicago from New York just outside Buffalo New York, with initial estimates at over 125 injured, many seriously.

Switching to the goings-on at Capitol Hill – reports of a 10 hour overnight grilling by the Senate Banking Committee of Deputy Treasury Secretary Roger Altman over the Whitewater investigation. Red eyes and terse exchanges all around.

Meanwhile – President Clinton celebrated turning 48 with a birthday bash and a serenade by Patti LaBelle. He was scheduled to go before the nation later on this day, with his first Primetime Press Conference in a while, and promised to deliver a statement regarding his Universal Healthcare initiative as a way of taking his message to the People and to counter the enormous amount of disinformation being generated by Big Pharma and Big Insurance. Sounds familiar, doesn’t it?

News on returns from many Mid-term Primaries held the previous day offered up some insights as to what November might possibly look like.

The situation in genocide-plagued Rwanda was taking a turn for the better, as UN relief planes were landing near the Capital of Kigali, carrying fresh drinking water and supplies to refugee camps. The U.S. Embassy re-opened in Kigali, with a raising of the American flag in an effort to stabilize the region.

And that’s part of what happened on August 3rd in 1994, as reported on The CBS World News Roundup.