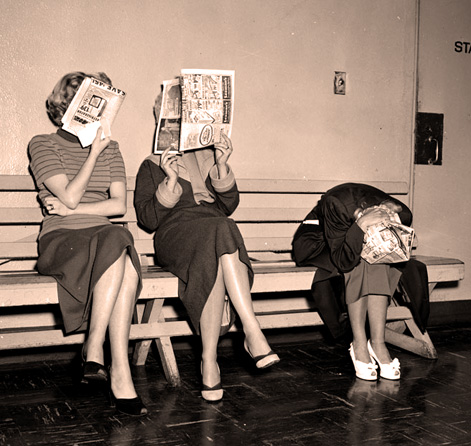 A drug bust in 1951 - Dope and Teenagers: Timeless

The Dope Epidemic Of 1951 – Past Daily Reference Room

A drug bust in 1951 – Dope and Teenagers: Timeless

Click on the link for audio player: Yesterday, Today and Tomorrow – Narcotics – July 27, 1951

If you thought our preoccupation with drugs, drug addiction and law enforcement of anti-drug laws was new, I hate to be the bearer of bad tidings but, no. It’s been with us for the better part of the last century and was really in our faces since just after World War 2.

This radio documentary, part of the Public Affairs series Yesterday, Today and Tomorrow, produced by NBC Radio and first broadcast on July 27, 1951, was the third of a three part series devoted to what was a major problem at the time.

Dry as this documentary potentially is (a lot of testimony and hand-wringing), it serves as a reminder that some things, unless there are really distinct changes considered, are destined to be repeated over and over again.

Enjoy the next half hour.