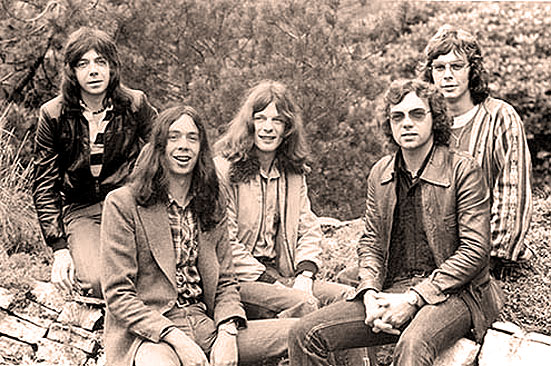 Camel - often confused with Peter Frampton's band, but never with their sound.

Camel – often confused with Peter Frampton’s band, but never with their sound.

Click on the link here for the Audio player: Camel – Live at The Marquee – 1974

Before the visual and theatrical aspect evolved, a Progressive Rock concert was a lot like going to a Jazz Concert. No dancing, stage presentation, lasers, explosions – it was all about the music and the playing. The musicians did very little on stage and barely moved around. It was music to be listened to, not at. And the audiences understood that for the most part. They came to hear the music, and very often the music was complex and cerebral and demanded attention.

Camel was one of those bands that relied on the notes, rather than the presentation. I remember seeing them many times in the early 70’s during their tours of the U.S. and what they lacked in the perceived Rock Star stance, they more than made up for in virtuosity.

The one problem that faced Camel at the time was the fact there was another band named Camel out making the rounds. That Camel was a Hard Rock band fronted by Peter Frampton, formerly of Humble Pie. Ironically, the Progrock Camel was also fronted by a fellow named Peter, Peter Bardens. So it created some confusion at first. Until Frampton dropped the Camel and just became Peter Frampton. But there were times when people showed up thinking they’d be hearing Show Me The Way and got Earthrise instead.

Camel were considered a moderate success by commercial standards. Although they never had a hit single, and none of their albums went Gold or Platinum, they managed to make a huge impression on fellow musicians and became one of the cornerstone bands in the Progrock movement.

Here they are from 1974 around the time Mirage, their first album for a new label (Deram) was released. It’s a concert given at The Marquee Club with a track lineup that pretty much duplicates the ones they gave at the Whiskey A-Go-Go in Hollywood when they were over here during that year.

In case you missed Progrock the first time around, or are getting curious about it now – this was the band everybody who was into it was listening to at the time.