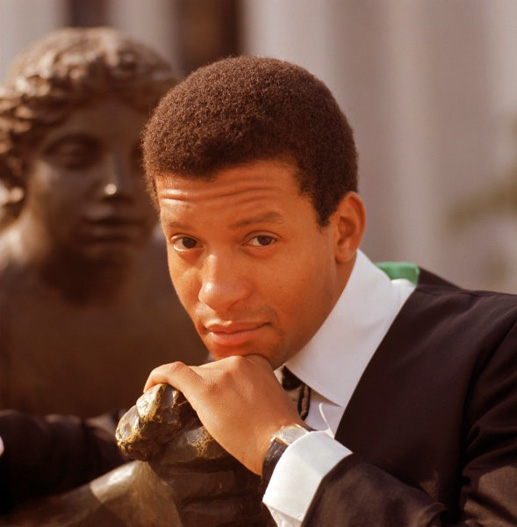 Click on the link here for the audio player: Mel Carter – The Richest Man Alive – 1964

Sometimes an artist will be known for one song, and the rest of his output gets largely ignored. In the case of tonight’s track, not only has it been ignored, it hasn’t shown up on any of Mel Carter’s Greatest Hits compilations, or even recognized in his own discography as having existed. And that’s a shame, since The Richest Man Alive came out before his mega-hit Hold Me, Thrill Me . . . did, and even though it got moderate airplay when it was first issued, it didn’t achieve the classic status of the later song.

Sometimes those things just happen. A worthy song gets overshadowed and gets buried in the avalanche.

Well, not tonight anyway. For those of you who are familiar with Mel Carter and know his signature tune backwards, here is an earlier tune that stands on its own as a neglected classic.

If you’ve never heard of Mel Carter, or have no idea what he did; think 60’s Soul, gorgeous production and a great introduction to something you might have missed.