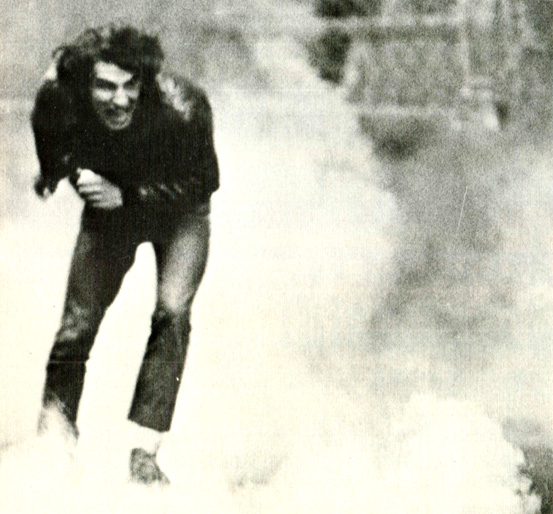 Protest has changed. Faces have changed Only the teargas and pepperspray have not.

Protest In 1968: The Young Rebels – Past Daily Reference Room

Protest has changed. The faces have changed, the teargas and pepperspray have not.

In case you forgot or weren’t around at the time, 1968 was a tumultuous year in our history. It was the year just about everything fell apart. From the war in Vietnam, to assassinations of much-loved leaders, to an entire country going out on strike. It was, as several called it “The Incredible year”.

Much of that year had to do with protest. The Vietnam War had taken a turn for the grossly unpopular, to the point of even the mainstream press lining up against it. And because of the strong sentiments against the war, the protests became increasingly larger and more violent. The Civil Rights movement had taken a turn from peaceful protest to physical confrontation. And in France, an entire nation went on strike and took to the streets to vent anger and frustration over a government that had lost touch with its people.

All in all, it was a nervous time – filled with uncertainty. Many felt our Democracy was in danger and many feared (rightly so) that a backlash of some sort was imminent. Few realized at the time that the backlash would involve our educational system, since places of higher learning were also places where protests were hatched and movements evolved. The effects of those changes would be revealed slowly, over decades – but they would have a pronounced influence over our society.

Here is one of many documentaries produced in 1968 (and later years) which sought to give some perspective as to what was going on. This one, part of the Second Sunday series from NBC Radio looks at the protest movement from the mainstream standpoint. Produced in October of 1968 the events of the Spring and Summer were still pretty fresh in peoples minds, and the wounds were far from healing. Even though it’s via the Mainstream press, it does strive to be objective. Whether it was successful or not depends on where you were when it all went down.

But still, it’s a reference point, and if you aren’t all that familiar with the period, it’s one place to start.