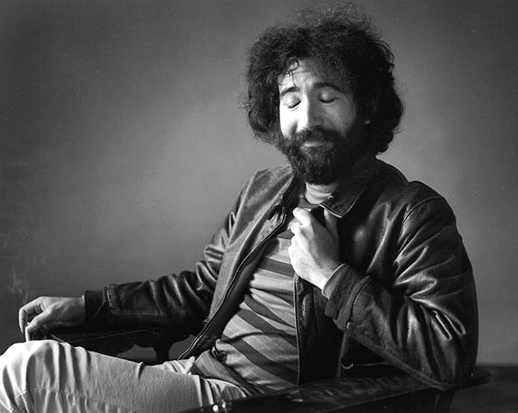 Click on the link here for audio player: News for August 9, 1995

There was a lot of news going on in the rest of the world, this Wednesday August 9th in 1995, but it was overshadowed by the sad and shocking news that Grateful Dead founder, legend and icon Jerry Garcia had been found dead, earlier on this morning. While most every rock radio station in the country, if not the world, scrambled to offer Garcia tributes, mainstream media made some acknowledgments and the world kept rolling along.

Aside from the news on Jerry Garcia, there was also news from Capitol Hill regarding the House Hearings into the White Water matter and grilling by former White House Counsel Bernard Nussbaum. Attempts were made to somehow link Nussbaum with the suicide of White Water figure Vince Foster, but it wasn’t washing.

There were also reports of stepped up airport security taking place after midnight on August 9th, owing to unspecified terrorist threats.

President Clinton kicked off his campaign against teenage smoking by making an address in Charlotte, North Carolina – in the heart of Tobacco Country.

Reports on the situation in the Balkans were offering disturbing news of Ethnic Cleansing going on in the region.

Chinese dissident Harry Woo was reported to be in good spirits, but still in prison.

The OJ Simspon trial was dragging along.

And an hour and a half power blackout reeked havoc at airports all over Northern California.

And that’s what else went on in the world via CBS News and reports from KNX in Los Angeles for August 9, 1995.