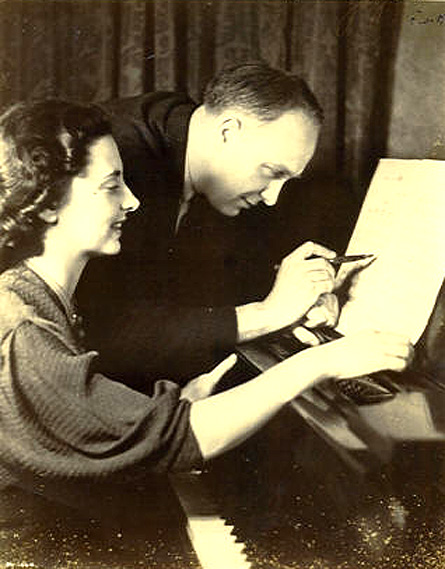 Gaby and Robert Casadesus - the family that plays together . . . .

Gaby and Robert Casadesus – the family that plays together . . . .

Click on the link here for Audio Player: Casadesus – Quintet for Piano And Strings

Back to French Radio transcriptions this week with a work by legendary pianist Robert Casadesus, who was not as well known as a composer as he was a musician. His Piano Quintet in D Minor op. 16 for Piano and Strings featuring, in this broadcast recording, his wife Gaby Casadesus is joined by The Pascal String Quartet in a performance recorded approximately 1958.

Like all of these posts via French Radio, I’m not sure if this one has been commercially released, or reissued via the French Radio archives, but it’s a noteworthy recording of a piece that’s been sadly neglected and composed by one of the great musicians of the 20th century.

Reason enough to give it a listen.