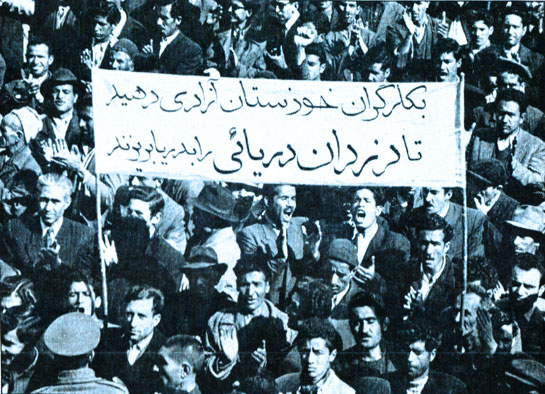 Taking it to the streets in Tehran.

Taking it to the streets in Tehran.

While Truce talks were stalling Korea, sabers were rattling in Iran, this August 23rd in 1951. With accusations flying back and forth between North Korea and the UN forces, it wasn’t looking optimistic that the guns would fall silent any time soon. Meanwhile, a contingent of 10 British warships were massing just outside the Iranian port city of Abadan in the Persian Gulf, just in case British talks with the Mossadeq government went south and the newly nationalized oil fields in Iran stopped shipping oil to Britain.

A tense and testy day on both sides of the world, as reported on CBS Radio’s Edward R. Murrow and The News with Don Hollenbeck substituting for August 23, 1951.