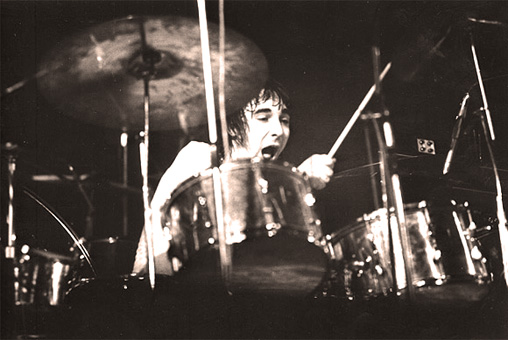 Depending on where you’re reading this, it’s either still August 23rd or already August 24th. In any event, it would be criminal to let a birthday observance go unnocticed of one of the most celebrated drummers in rock. Keith Moon was certainly the spirit of The Who and it may have been a considerably different band without him. A musician who happened to play the drums, Moon did more to change the perception of drumming than anyone else at the time. Taking it from the place of being an elaborate time keeper to becoming an integral part of the classic songs of Pete Townsend. He was in a league of his own and one of the most influential drummers of the 20th century.

And today would have been his 66th birthday.

He is still missed.