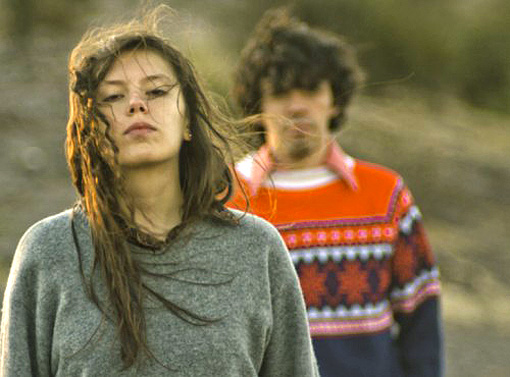 Mariana and Milton from Dënver - Indie/alternative/synth/electro-pop from San Felipe, Chile - couldn't think of a better place.

Dënver – 2010 – Nights At The Roundtable – Rock Without Borders Edition

Mariana and Milton from Dënver – Indie/alternative/synth/electro-pop from San Felipe, Chile – can’t think of a better place.

Continuing our occasional excursion to see what else is going on the world musically, I ran across Dënver, an Indie/Alternative/Electro-pop due from San Felipe Chile, consisting of Mariana Montenegro and Milton Mahan.

Tonight’s track, Lo Que Quieras is off their second release, Musica, Gramatica, Gimnasia, which came out in 2010.

Further evidence music has no language, and really doesn’t need one – just notes and beats.