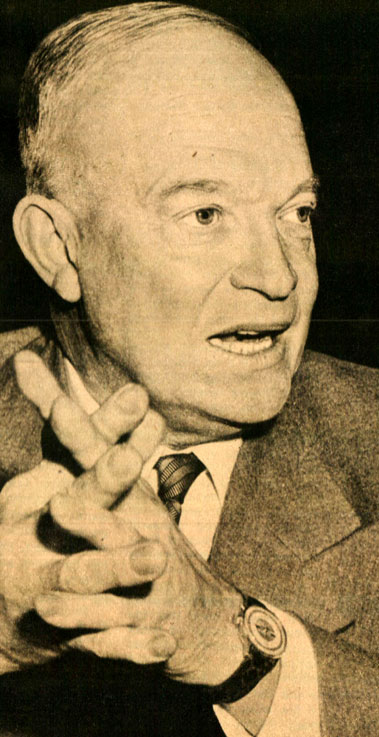 Gen. Eisenhower - variously referred to these days as "the old hippie".

Gen. Eisenhower – variously referred to these days as “the old hippie”.

General Dwight D. Eisenhower delivers the acceptance speech for his party’s nomination on July 20, 1952. Eisenhower had already gained considerable notoriety as the Supreme Allied Commander in Europe during World War 2. He had been courted by both parties as a possible Presidential candidate as far back as the 1948 election and by 1952 he had fully committed himself to running on the Republican ticket.

Here is that address as a reminder of just how much things can change in 60 years.