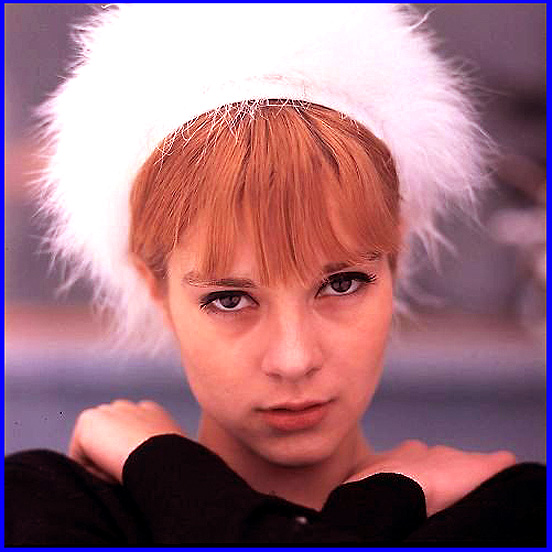 Sylvie Vartan - One of the biggest names in Yè-Yè.

Sylvie Vartan – One of the biggest names in Yè-Yè.

Probably one of the most popular and most recorded of the “Yè-Yè” genre of French female singers of the 1960’s was Sylvia Vartan. Married (for a time) to Johnny Hallyday, the Elvis Presley of France, she and Hallyday were considered Royalty in French Pop/Rock music circles. She had a huge following throughout Europe and Japan, though never really caught on in the U.S. – partially because of the language barrier but also because it was tough to nail down just what kind of singer she was. Listen to any of her albums and they are adventures in ever-changing styles. From highly produced string-laden ballades to hard-driven rock tunes; they ran the gamut.

Sylvie Vartan was born in Iskrets, Sofia Province, then Kingdom of Bulgaria. Her father, Georges Vartanian (1912—1970), was born in France to a Bulgarian mother Slavka and an Armenian father. He worked as an attaché at the French embassy in Sofia. The family shortened the name Vartanian to Vartan. Her mother, Ilona (née Mayer 1914–2007), daughter of prominent architect Rudolf Mayer, was of Hungarian Jewish descent.

When the Soviet Army invaded Bulgaria in September 1944, the Vartanian family house was nationalized and they moved to Sofia. In 1952, a friend of Sylvie’s father, film director Dako Dakovski, offered her the role of a schoolgirl in the movie Pod igoto, a film about Bulgarian rebels against the Ottoman occupation. Participating in the film made her dream of becoming an entertainer come true.

The hardships of postwar Bulgaria made the family emigrate to Paris in December 1952. At first they stayed in the Lion d’Argent hotel near Les Halles, where Georges found a job, then for the next four years they stayed in a single room at the Angleterre Hotel. Young Sylvie had to work hard to keep up at school and blend in with her schoolmates. She spent two years learning French.

In 1960, her family moved to an apartment in Michel Bizot Avenue. Thanks to the influence of her music producer brother Eddie, music became teenage Sylvie’s main interest. Her most influential genres were jazz and, out of spite toward her strict high school, rock ‘n’ roll. Her favorite artists included Brenda Lee, Bill Haley, and Elvis Presley.

Tonight it’s one of her more rock-oriented songs. From the 1968 album La Maritza, here’s Irrèsistiblement.

At last report, Vartan is still going strong and regularly concertizes and appears on TV.