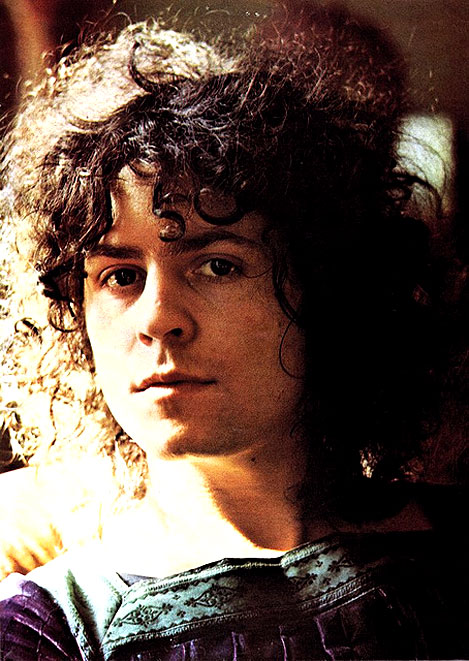 Probably one of the more eclectic entries in the Encyclopedia of Glam, Marc Bolan and T. Rex. Begun in the late 1960’s as a quasi-hippie/folk duo known as Tyrannosaurus Rex, they morphed into T. Rex in 1970 and further morphed, adding extra members, into a prototype Glam band and achieved mass popularity in the process. Fronted by Marc Bolan, they turned out a string of hit singles and albums which only slowed down with the advent of Punk, but T. Rex maintained a strong fan base up until his accidental death from a car accident thirty-five years ago next month. Since then, the legend has only gotten bigger and T. Rex have come to epitomize Glam of the early 70’s when they were at their peak.

Tonight it’s a session the band did for the Top Of The Pops radio program for The BBC in October of 1970, just before they plunged head-first into Glam, but were still shedding their hippie tie-dye roots.

Not a full-on Bang a Gong, but not Warlord of the Royal Crocodiles either.

Evolution in the making.