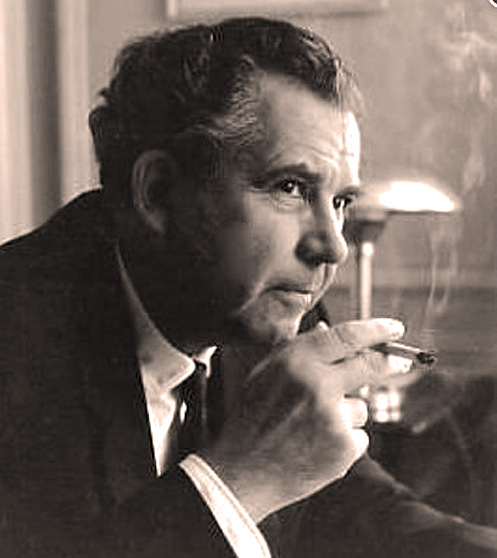 Andrè Jolivet - Did not endear himself to the mainstream.

Andrè Jolivet – Did not endear himself to the mainstream.

The music of Andrè Jolivet is hardly played in public and seldom heard, even on disc. A staunch defender of the school of atonality he never really endeared himself to the audience or critics who were not all that interested in challenging music. Since his death in 1974 he’s more or less faded from view, as many of his contemporaries have.

Tonights post is the world premier performance of Jolivet’s Piano Concerto, recorded in 1951 with the celebrated French pianist Lucette Descaves and the Orchestra of Strasbourg Radio conducted by the composer.

Even at this premier performance you can hear an unenthusiastic audience, and sporadic boo’s and catcalls at the end. It always seems to come with the territory when anything new is played. And in Andrè Jolivet’s case, that was a lot.

Here is that world premier broadcast via French Radio transcriptions. A little worn from the ravages of age and poor storage, but a rare and unique record which I am doubtful has been reissued. I know there was a commercial release of this recording from the French label Ducretet-Thomson, but I am not sure that was the actual world premier performance or a studio recording done shortly after the premier.