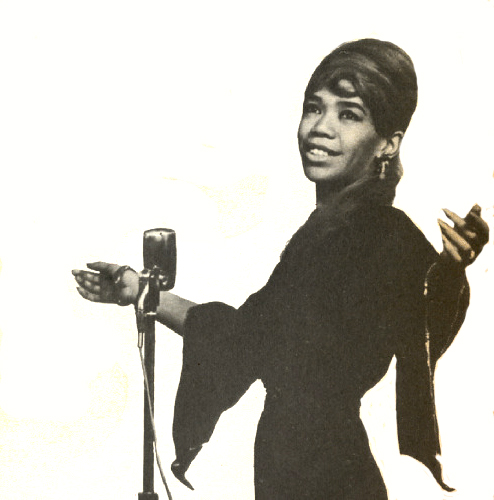 Probably not as well known as her label mates Etta James or Fontella Bass, Sugar Pie DeSanto was part of that galaxy of divas who put Chicago blues label Chess/Checker on the map.

She recorded a considerable number of material for the label and had many singles that, although not mega-hits were nonetheless memorable and have given credence to the argument that she’s one of the many underrated and overlooked artists who were active in the 1950’s and 1960’s.

Tonight it’s a single from 1965. Never Love A Stranger is a nicely laid out song that borders on Deep Soul, but is further evidence DeSanto was a powerhouse and could keep up with the likes of Etta James, whom she recorded several duets with.

Still active today and gathering a growing reputation for her down-and-dirty Blues interpretations as well as her catalog of great material, she is far from being forgotten.