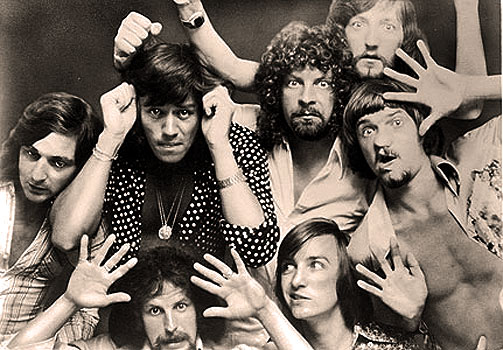 When I first ran into ELO it was around the time of their initial U.S.tour. Roll Over Beethoven had been released and everyone I ran into was pretty high on the band and the audience was starting to come around. I got to chatting with the record company publicist and asked how the tour was going and was amazed to find that, once this tour was over, they were coming back and doing it all over again. And later I found out they were criss-crossing the country almost continuously for the better part of a year.

That’s one amazing work ethic. But in retrospect, it became the template for later bands to follow. The whole idea of getting your message across is to keep at it over and over until people notice.

It’s not to say their music on its own didn’t win the audience – it did, and they huge as the result. But they became so recognizable to so many people that it was hard not to hear an ELO record on the radio at almost any given time of any given day.

But above and beyond the mechanics of touring and marketing, ELO were also one of the major elements in fusing Progressive Rock with a mainstream audience – they were the link between the complex harmonies and rhythms of a Prog-rock band with accessible tunes, loaded with hooks and phrases for a pop audience.

This weekend it’s a concert recorded live on November 6, 1976 in London – right around the time of their peak popularity.