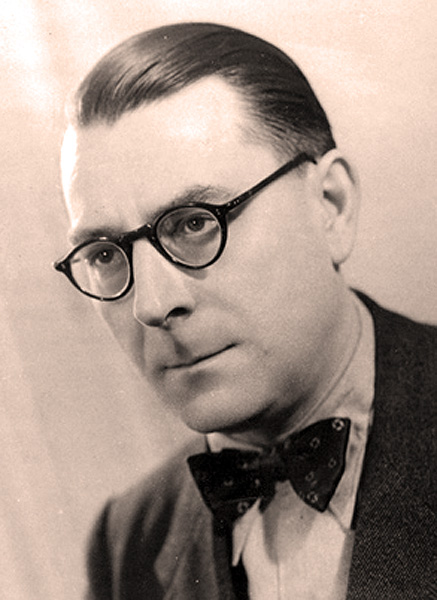 Fernand Oubradous - led one of the most influential ensembles of the 1940's and 1950's.

Fernand Oubradous – led one of the most influential ensembles of the 1940’s and 1950’s.

Another of the lately-less known French composers featured this weekend. Rene Challan is probably better recognized among collectors as the producer of some of the great recording sessions to come out of France in the 1950’s and 1960’s, associated with EMI France (Pathè Marconi). But he was also a talented and widely respected composer whose works haven’t been performed much, if at all, of late.

This weekend’s post comes from the seemingly endless mountain of French Radio transcriptions of the 1940’s and 1950’s and features Challan’s Concerto Grosso for Three Trumpets and String Orchestra, with Roger Delmotte as one of the trumpet solos.

The orchestra is led by the legendary performer/conductor Fernand Oubradous, whose numerous Chamber recordings for various labels in France in the 1930’s,40’s and 50’s were virtual benchmarks for many works being recorded for the first time.

This radio performance, from an unnamed concert venue and with an equally unnamed date, figures to be around 1948. The work itself was premiered in 1945 and I suspect this was one of the first performances of that piece. I am not sure if the work has ever been made available commercially and certainly this transcription hasn’t seen the light of reissue. So this may be something of rare treat for the curious.

A word of caution though – since a lot of these discs were stored in less-than-ideal circumstances, it may take an adventuresome spirit to go along with the curiosity. Sometimes the technical limitations of the actual performance recording are only magnified by the rotten sounding discs. But who says for Art you don’t suffer?

But honestly, it will take about 30 seconds to get used to and the piece itself is worth hearing. But I had to give you a heads-up.