Brit-Pop / Nights At The Roundtable / Past Daily / Psychedelia / Uncategorized 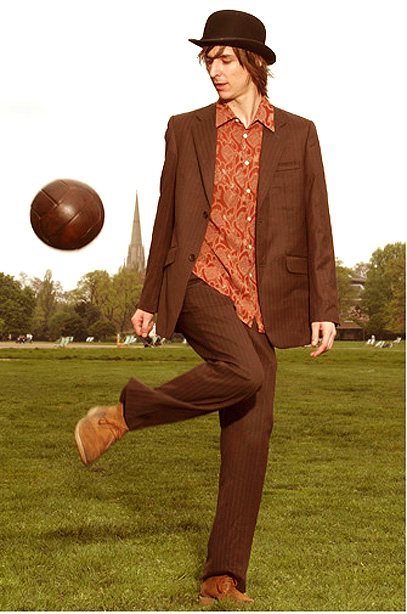 If you haven’t been over to Jim Noir’s site and gotten this free download of Tea as a preview of his new album, Jimmy’s Show, which is slated to be released within days, here’s a chance to give it a listen.

Jim Noir has been around for a little while and has gotten a lot of good word of mouth, as well as a ton of exposure via a couple of his tracks which made their way into some Adidas ads in that time. One of the quirkier and more engaging of new acts, Noir has bent the genres a bit by mixing up elements of Psychedelia, Indie, Alternative, Retro and Brit-Pop into a savory mixture of great material. And since he’s got really no one to answer to except his audience (he’s been steering clear of going the mainstream route in favor of doing it himself and doing it on a subscription basis with fans), he’s been able to experiment a lot and the results have been positive.

And certainly more evidence the music business has changed significantly in recent years.

And if you like the preview of coming attractions – click on the photo below to get Jim Noir’s new album: