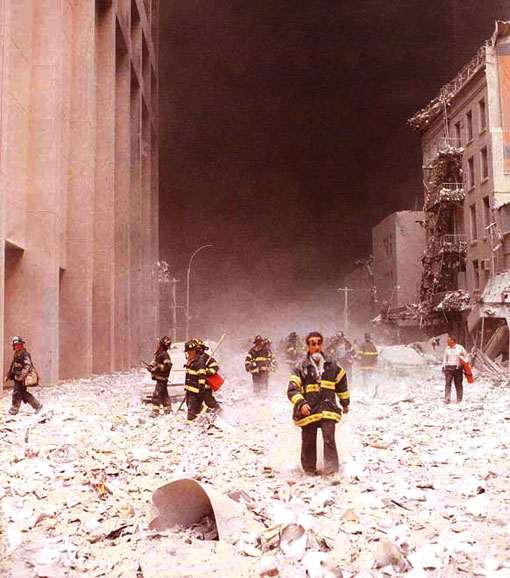 Some images just stay with you.

Some images just stay with you.

As nothing else really needs to be said – the events speak for themselves, via these reports from Bob Edwards and NPR’s Morning Edition broadcast on the morning of September 11, 2001.

I originally posted this on September 11, 2012. Now, 18 years after that event it feels distant and abstract, and the world has indeed changed in that short space of time. It has become more fearful, more suspicious and less tolerant than before. We have, if anything, joined the rest of the world in playing the resigned host to terrorism. After so many years of hearing stories, reading events and seeing horrific acts unfold in other parts of the world, we were insulated; comfortably at arms length from the reports of carnage and the pointless violence visited on the innocent. We felt safe – we felt were an impregnable island, somehow smug in our proclamations that it couldn’t and wouldn’t happen here.

But it did – and from that day on, life as we knew it changed. The world became a smaller place, as it had for a while. We were linked closer than ever by way of technology – the vast expanse of ocean was no longer a journey of weeks, days or even hours. We were now inextricably linked. No longer separated by distance but bound by proximity. We didn’t have to wait to hear about suicide bombings in Paris or Jerusalem, we were actively part of the rescue attempts and police reports as they unfolded. The distance melted – and it was only a matter of time before it became our turn.

And our turn came on the morning of September 11. The event which now comes with its own prologue “where were you . . .” – and we all remember, like those of us of a certain age still vividly recall where we were when President Kennedy was assassinated, now there’s a new frame of reference – a new rite of passage – a new loss of innocence.

But when President Kennedy was assassinated we were still fairly primitive in our technology. No streaming, no instant video – no blogs. The news traveled slowly, via teletype and telephone connections. And even though it was here in our own country, our backyard, the magnitude wasn’t realized right away – it unfolded over hours. But on September 11, 2001 the full magnitude was upon us within seconds of the first impact on the Twin Towers.

And on September 11, 2001 we lost our isolation. And as much as some would like that isolation to return, it is impossible now. Impossible to pretend, to be blissfully unaware, to offer a blanket denial or to feign ignorance – our world is now face to face, and on September 11th we joined it.