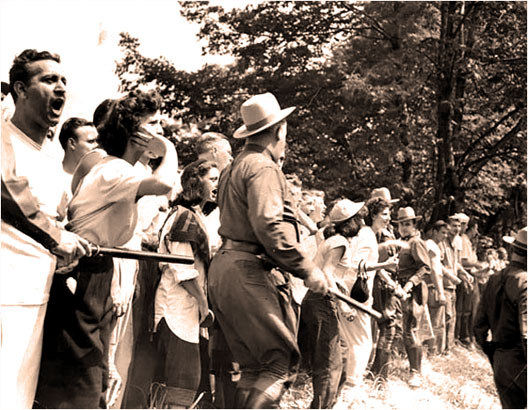 Click on the link here for Audio player: News for week ending Sept 12, 1949

A messy week, this one ending on September 12th in 1949. Starting with President Truman stumping on behalf of candidates running in the 1949 Mid-Term elections. Truman decried repeated Republican charges of Socialism while pressing for Farm supports.

Painter Grandma Moses turned 89 this week. On the other hand, Composer Richard Strauss died this week.

Mass killing in New Jersey termed the worst in our nation’s history.

The aftermath of riots at the Paul Robeson concert in Peekskill New York, brought on by the ever-present Red Scare.

Increased aid was considered on Capitol Hill for non-Communist China, as more ground is given over to the Chinese Communists of Mao Tse-Tung.

And Pennant fever starts for the 1949 World Series.

All that and so much more via NBC Radio‘s Voices and Events series for September 12, 1949.