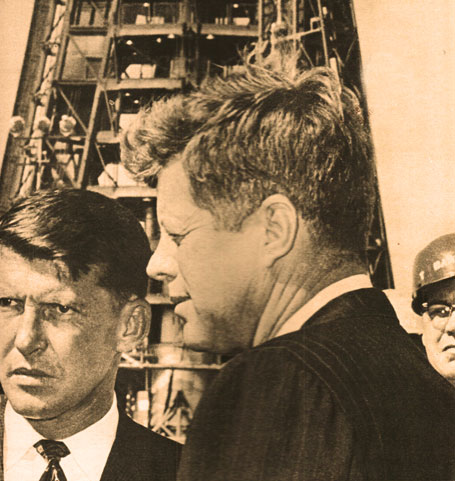 JFK with Astronaut Wally Schirra - A man on the Moon by the end of the decade.

JFK with Astronaut Wally Schirra – A man on the Moon by the end of the decade.

With a pledge to put a man on the Moon by the end of the decade, President Kennedy took a keen interest in the space program and developments at NASA.

On September 12, 1962 he visited the NASA headquarters and his remarks were broadcast later on in the day.

Here are those remarks and a reminder that, fifty years ago, we were heading to the moon.