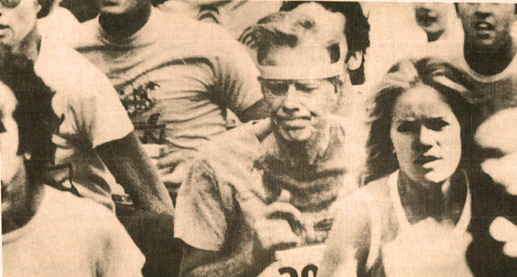 Jimmy Carter: Marathon runner. There was such a thing as overdoing it. Even his Doctor thought so.

Jimmy Carter: Marathon runner. There was such a thing as overdoing it. Even his Doctor thought so.

Starting with word that Gold hit a new record high in trading, at $351.50 an ounce, up $7.00 from Friday, this September 17th in 1979 was loaded with uncertainty over the future. Some of it could be seen, while other events wouldn’t make their affects known for some time.

The sudden upturn in Gold prices brought about concern in Europe that the World Economy was in a deep recession. Coupled with high inflation and an increase in oil prices from OPEC, these were worrying times.

But not nearly as worrying as news from Afghanistan that a leadership shakeup had taken place within the government and sources from the Kremlin were eying the new head as more Marxist-leaning than the previous one. Of course, it wouldn’t come out until a few months later that the Soviet Union was getting ready to mount a takeover of Afghanistan.

But this day did mark an auspicious event – the one year anniversary since the Camp David Accords were signed and celebrations were planned at The White House.

Meanwhile, on Capitol Hill – SALT II talks were gearing up. The 1980 fiscal Budget was under the microscope and Jimmy Carter’s Physician gave the President a clean bill of health after his collapse from heat exhaustion while running a marathon over the weekend.

Former California Governor Ronald Regan was still mulling over the possibilities of running for President in 1980, and it looked like his chances were getting better all the time, with a recent GOP Convention gathering in San Diego favoring a Reagan run by a 3-1 margin.

Brush fires were busy in Southern California with a reported 19 homes burned to the ground in the Laurel Canyon area the previous day. And worries over approaching Hurricane Henri had everyone scrambling, as cleanup was still a ways off from Hurricane David, which approached land a week earlier.

And that’s what went on this day in 1979, as reported by Dallas Townsend on The CBS World News Roundup (with a local piece on the Laurel Canyon fires from KNX at the end of the newscast).