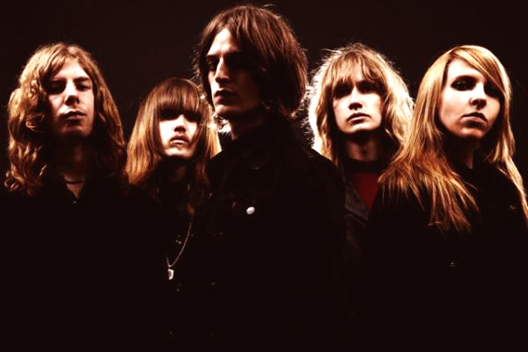 I first heard about Toy last year when their first single was released and they were being touted in most UK music press as “The Band To Watch In 2012”, and I agreed with them. Certainly a lot of pressure to fulfill expectations, but just this past week their first album was released, and to promote it they made a guest appearance on the Lauren Laverne Program at BBC 6 Music on September 12th.

Here’s that session and here’s what they play:

I don’t think they’ve signed a deal in the States yet and I haven’t heard anyone play their previous singles on any of the non-mainstream stations (i.e. KCRW here in L.A.). But I think the band is great and they’ve fulfilled my expectations. How the rest of the world feels and how you feel is another story.

But if you haven’t heard them yet, or have only just heard about them – now’s your chance to get acquainted.