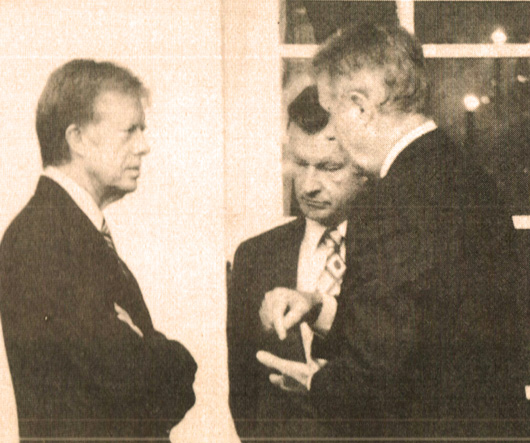 Carter with Brzezinski and Vance - Cuba tosses the Monkey Wrench in SALT II.

Carter with Brzezinski and Vance – Cuba tosses the Monkey Wrench in SALT II.

In a move that took everyone by surprise, the House voted to reject the Fiscal 1980 Budget, thus sending it back for changes before October 1st rolled around. The House also voted to reject a Pay increase for Congress, which didn’t surprise that many.

SALT II was looking to be in jeopardy again, since the latest flare-up over Cuba and the presence of Soviet forces on the island, threatened to derail passage of the measure.

So that’s part of what this September 20th sounded like, via The CBS World News Roundup for September 20, 1979.