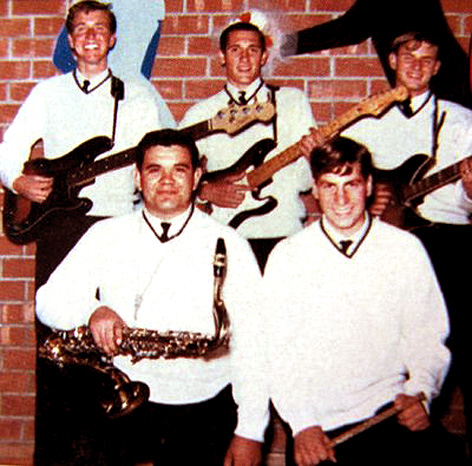 The Dovers - The Preppy image wouldn't last. Sadly, neither did the band.

The Dovers – The Preppy image wouldn’t last. Sadly, neither would the band.

Click on the link here for Audio Player:The Dovers – The Third Eye – 1966

If I stopped posting music by bands that made it, that had hit records, that became household names, and just concentrated on the overlooked, underrated or simply ignored, there would be enough material to sustain Nights at The Roundtable well into the next century, with very little or no duplication.

The simple law of averages that for every band that achieves success in their chosen genre, there are roughly 500 that don’t, and I think I’m being conservative when I say that. The fact that any song or artist who achieves even a modicum of success is something of a miracle and is most likely even more so by today’s standards. Although, with access as much improved as it is, the sheer numbers of artists trying to make it seems astronomical – it’s just that we’re more aware of it now than we were even ten years ago. There are better chances to be heard, but the onslaught is daunting.

So here we have The Dovers, a band from the Santa Barbara/Ventura region of California. Forming in 1965, achieving a small local hit with their first single and then struggling before giving it up a little over a year later.

Tonight it’s their third single, The Third Eye, issued in April of 1966, and which gives some idea of how popular the Psychedelic genre was going to become. Like their second single and the singles that followed it, nothing came of it. And when the band dissolved, The Dovers were pretty much forgotten, had it not been for that cadre of Record Collectors who specialize in the obscure and the unheard, and find gems in the process.

Luckily for everyone, there are people around to champion what we may have missed the first time around. I suspect there will need to be a lot more of them in the future.

But in the meantime, check out The Dovers.