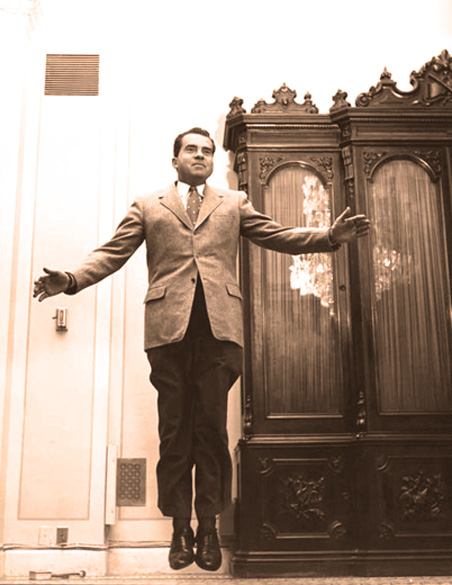 Click on the link here for Audio Player: Checkers – 1952

Sixty years ago today, on September 23, 1952, vice-Presidential candidate Senator Richard Nixon was fighting for his political life amid charges of misusing campaign contributions, secret bank accounts and dirty tricks. So much were the allegations that it was advised Eisenhower dump the nefarious running mate and look for someone else.

In his defense, Nixon dragged out the kitchen sink, or in this case, the family dog. Checkers was a Cocker Spaniel given to the Nixon family and slated to go down in history as the first victim of campaign shenanigans. That, and Pat Nixon‘s “Republican Cloth Coat”.

It pulled on enough heart strings so that Eisenhower was persuaded to keep Nixon on the ticket and save his political career.

Here is that address, given to the nation on September 23, 1952 – on radio, TV and everywhere else.