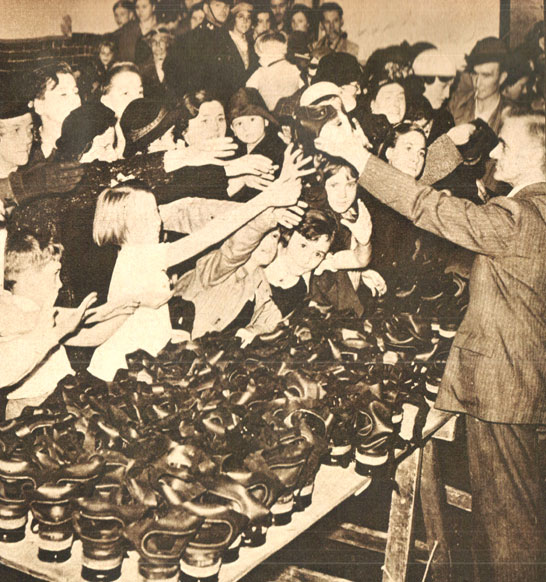 This day in 1938 saw the world hold its collective breath. In a special broadcast from the BBC in London, reports were coming in regarding Prime Minister Chamberlain’s address to Parliament on the situation in Czechoslovakia and the results of his latest series of talks with Chancellor Hitler and members of the Czech government over the Sudeten question.

Since there was no live broadcasting permitted in Parliament in 1938, Chamberlain’s speech and its reaction had to be written down and relayed by messengers who raced into the broadcast booth to deliver updates every minute or so.

But the world got to hear what the British people were hearing while it was happening, and this one hour special broadcast, one of the first of its kind, kept everyone in the U.S. glued to their radios, waiting for the outcome.