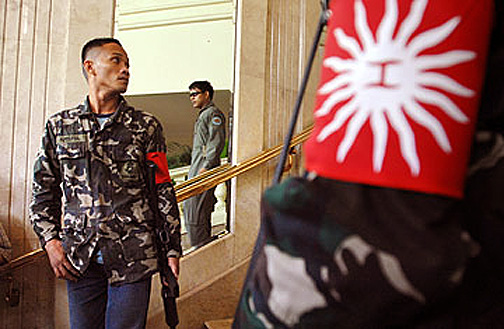 For the seventh time since she took office four years earlier, Philippines President Corazon Aquino was faced with yet another military coup.

The newly reunited Germany held its first Parliamentary session since the days before Hitler in 1933. Arms reduction talks were underway between the West and the Soviet Union with a treaty signing expected within the month.

The situation in the Middle East with the Iraqi occupation of Kuwait was growing more and more tense with rumors of Iraqi excursions into Saudi Arabia.

On Capitol Hill, protests over the Bush Budget Plan (Bush Sr.) were sending strong messages to Congress, particularly during an off-year election coming up. President Bush postponed a two-day campaign swing in order to stay in Washington and twist arms.

All this, and a lot more for this October 4th in 1990, as reported on The CBS World News Roundup.