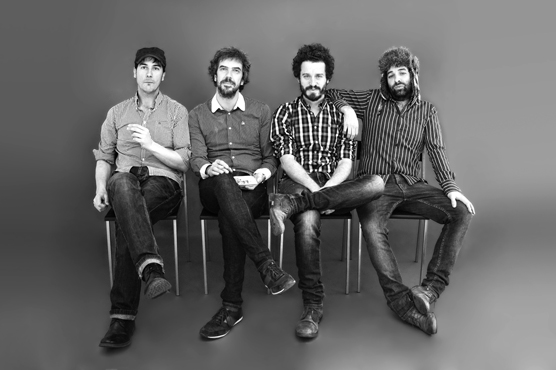 Niños Mutantes - What Indie from Spain is sounding like these days.

Niños Mutantes – In Session – 2012 – Nights At The Roundtable: Rock Without Borders Edition

Niños Mutantes – What Indie from Spain is up to these days.

Anyone who has done any radio surfing on the Internet will find there are literally hundreds of stations all over the world who devote a goodly chunk of their daily programming to live music. The Classical stations are legendary. But in equal number are all the Pop and Rock outlets who are also doing their fair share in getting the live music message across on a daily basis.

One of those Radio networks is Radio Nacional Espana in Madrid who run, among a wide range of other things, a daily program devoted to live local (and some international) bands and solo artists. Los Conciertos de Radio 3 is a treasure trove of new music and gives a good idea of what’s going on in the rest of the world, that we hear very little about.

Tonight it’s one of the more popular Indie/Alternative bands to come out of Spain. Niños Mutantes have been around since 1994 and have eight albums and a dozen ep’s to their credit, and this session, recorded on May 15th of this year coincided with the release of their latest album, Nàufragos.

Okay – they don’t sing in English. That should not scare you off. Music is the universal language and the notes are what’s important. If you’re fluent in Spanish, great – if not, listen to the music.