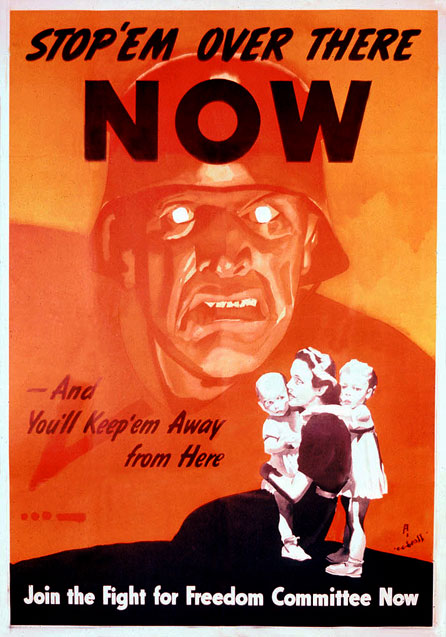 Poster for the Fight For Freedom Committee - the antidote to America First.

The Fight For Freedom Committee – October 10, 1941 – Past Daily Reference Room.

Poster for the Fight For Freedom Committee – the antidote to America First.

Click on the link here for Audio Player: Fight For Freedom Committee – Oct. 10, 1941

As a counter-movement to the much publicized, isolationist and German-leaning America First Committee, the Fight For Freedom Committee was organized to end America’s neutrality in the War and to involve us militarily in the fighting then-currently going on.

Viewing America’s involvement as a measure to prevent an eventual invasion and takeover by Fascism, Fight For Freedom organized a series of rallies and nationwide addresses to make the case for our entering the war and to counter the charges by America First that the U.S. was being goaded into the war by Big Business and Colonial interests.

This address, given by Louisville Courier-Journal Editor Herbert Agar to an audience in Washington on October 10, 1941, stresses the emergency that was taking place and that America could ill-afford to stand by while democracies were falling under the influence of Nazism.

Less than two months later, it wouldn’t make much difference – we were in it whether we liked it or not.