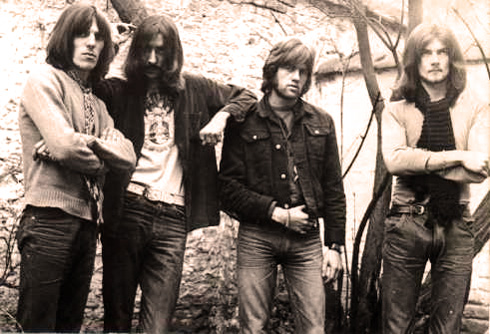 The Shake Speares or The Shakespeares or Fynn McCool. A Rhodesian Psych band with an identity problem.

The Shake Speares – 1967 – Nights At The Roundtable

The Shake Speares or The Shakespeares or Fynn McCool. A Rhodesian Beat/Psych band with an identity problem.

Click on the link here for Audio Player: The Shakespeares – How Does She Look – 1967

A baffling entry tonight. The Shake Speares, or Shakespeares as they were called for a while, were originally a Beat Group from Rhodesia, who migrated to the UK, and spent a lot of time gigging around the European continent. Had two albums and several singles – none of which really did anything, except in Belgium where they were huge. Reports had it they were an amazing band to see live and there was a point they were almost signed to a label in the U.S. and had plans to do a U.S. tour, which promptly fell through when the manager they had at the time died of a heart attack.

It almost sounds like the story of a band where everything that could go wrong, did go wrong and none of it was justified.

True, they were bouncing around with various music genres, and by the time 1970 rolled around they had changed their name to Fynn McCool (for one album released by RCA in the UK) and were decidedly Hard Rock before splitting up and going off in different directions.

Tonight it’s a single from their Psych period – How Does She Look was a moderate hit for the band in Belgium, but it wasn’t issued anywhere else, so it would have to be left up to the inimitable record collector and gem-trudging Album compiler to make the discovery of a band that was undeservedly ignored and sadly underrated. Strangely, The Shakespeares few albums and singles haven’t had official re-issues anywhere – so maybe it’s just a matter of time.

At any rate, there is a sample of The Shakespeares and what you may have missed the first time around, or just getting around to discovering this time.